Search the Library and Beyond
Advanced Search

Origins and Migration of people into the Pacific 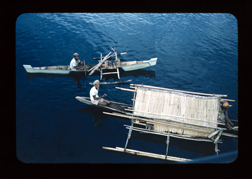 Douglas Oliver Bougainville Research Collection
Between 1938 and 1939, Oliver conducted research on Bougainville, among the Siwai (a.k.a. Siuai) people. The majority of these images derive from that period, and were donated to the UHM Pacific Collection following Dr. Oliver's death in 2009.

George Grace Linguistic Research and Slides of Melanesia
Photos from throughout Melanesia, on a variety of subjects, taken between 1955 and 1956.

Hawaiian & Pacific Images
These images mostly derive from 18th- through early 20th-century published works that are held in the UHM Hawaiian and Pacific Collections rare vault. A wide variety of images documenting early depictions of Hawai'i and Pacific culture and society.

Jack Tobin Marshall Islands Anthropology Collection
Documents Dr. Tobin's lifetime of working within the Marshall Islands and Micronesia more generally, beginning in the 1950s and ranging through the 1980s. Includes images relating to nuclear testing and dislocation/relocation of Marshall Islanders. Note: This collection is currently under construction, with more photos to be added over time.

The Pacific in Wartime
Digital reproductions of materials in several distinct art and photograph collections, covering a range of geographic regions and time periods. Taken as a whole, these collections document many facets of life in the Pacific during World War II, from the brutal and the tragic to the mundane.

Save Our Surf
Unpublished material from the SOS organization - an environmental, social, political, and cultural movement that contributed to the contemporary Hawaiian Sovereignty movement.

Steve Thomas Traditional Micronesian Navigation Collection
Documents life on Satawal and surrounding islands/atolls in the early 1980s. Photos are not limited to navigation, and include a great deal of information on day-to-day life.

What do I need to cite? 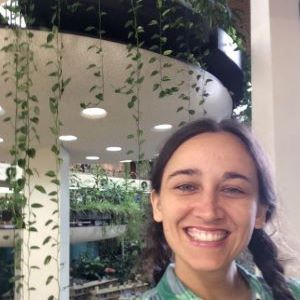