Describes a series of road trips in Japan begun in spring 2004.

Roads of Oku: Travels in Japan

Inspirations for Travel in Japan...

The Poetry of Matsuo Bashō: The poet Bashō with his companion Sora traveled to northern Honshū in 1689 and wrote his classic travel narrative Narrow Roads of the Deep North (Oku no Hosomichi). We first followed in his footsteps on our road trip in 2005, stopping to see some of the famous places he visited, then continued to explore his route in subsequent trips. By 2018, we had visited and photographed practically all the places he mentions. That year, I finished and published a translation of the narrative entitled Summer Grasses, Autumn Wind (available in print at Amazon.com); I also marked the route on a Google Map: Bashō's Oku no Hosomichi ("Narrow Roads of the Deep North).” (Below: Departure. “Friends lined the road to bid us farewell and stood there for as long as they could see the shadows of our backs.” From an illustrated scroll of Oku no Hosomichi. Yosa Buson (1716–1784). Itsuo Art Museum, Ikeda, Ōsaka)

The Woodblock Prints of Utagawa Hiroshige and Keisei Eisen: Another inspriration for our travels was the nineteenth-century woodblock prints in Utagawa Hiroshige’s Fifty-three Stations of the Tōkaidō and Hiroshige and Keisai Eisen’s Sixty-nine Station of the Kisokaidō (Nakasendō) depicting travel on the two main roads between Edo and Kyōto. We drove along the Tōkaidō and Nakasendō in spring 2008, and in subsequent road trips. By 2020, we had visited and photographed almost all the stations on the two roads and posted the photos in Scenes Along theTōkaidō and Scenes Along the Kisokaidō (Nakasendō). We also started visiting and photographing the places depicted in Hiroshige’s Collection of Prints of Famous Places in the Sixty+ Provinces. (Below: “Satta Peak,” Station 16. Yui, depicts travelers descending toward Yui along a cliff called Satta Pass, with Suruga Bay and Mt. Fuji in the background.) 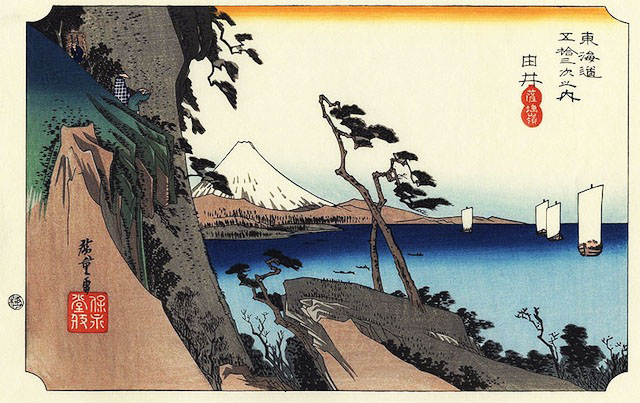 Other Historic Roads: We also went to photograph scenes along two other historic roads, the ancient Yamanobe-no-Michi in Nara Prefecture and the pilgrimage routes known as Kumano Kōdō (Old Roads of Kumano).

My Grandparents: My grandparents emigrated from Hiroshima Prefecture to Hawai'i in the early twentieth century. Their stories are told in “Child of History” (in Roads of Oku: Journeyʻs in the Heartland) and in Makisō (1887–1953) and Harumi (1899–1999) Kawaharada. My mother, Matsuko Kawaharada (21925–2020), took us to visit the ancestral hometowns and my grandparents’ families in Mukaiharamachi, Gōnomura, and Tomomura in Hiroshima Prefecture in 1970.

Fleeting Scenes: Road Trips in Japan is a more recent website at Wordpress.com with photos of road trips from this website and more recent trips. The website contains photos from the 46 prefectures we were able to drive to. See Touring the Prefectures.

Introduction: Journeys in the Heartland

In Spring 2004, Karen and I began a series of road trips in Japan. Our journeys took us as far north as Wakkanai, on Hokkaidō, and as far south as Kagoshima in Kyūshū, through every prefecture in between, through the four seasons, into areas of oku, the rural heartlands, logging over 20,000 miles.

I first went Japan in 1970 with my mother, brother and sister to visit our relatives in the hometowns in Hiroshima prefecture from where my grandparents left in the early twentieth century to settle in Hawai‘i. We also visited the major tourist spots in Kyōto, Nara and Tōkyō.

Thirty-four years later, when I was past fifty, I decided to see the rest of the ancestral homeland while Karen and I were still young enough to enjoy traveling on a fairly robust schedule, driving to a new town or city every day or two and stopping at sites in, around and between them.

Driving in the Four Seasons 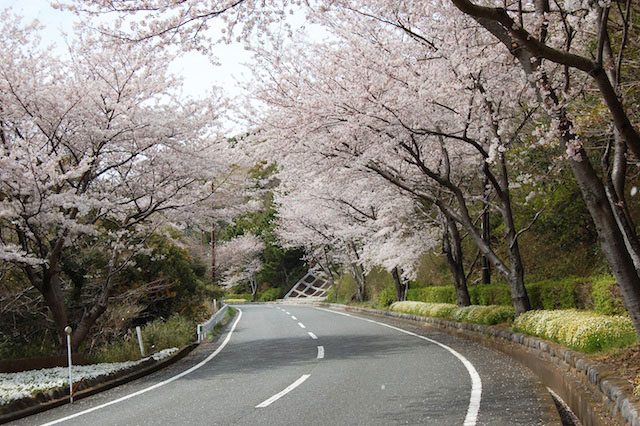 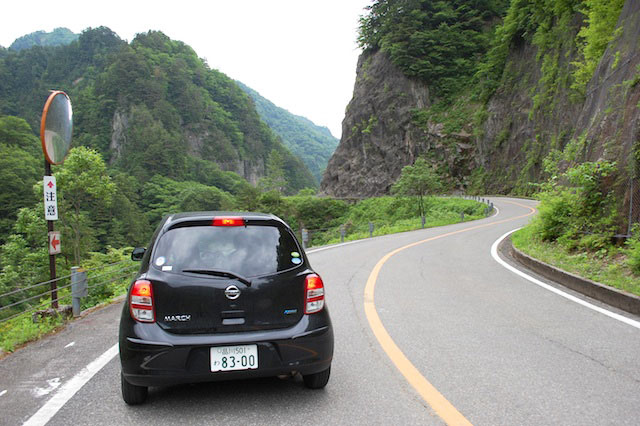 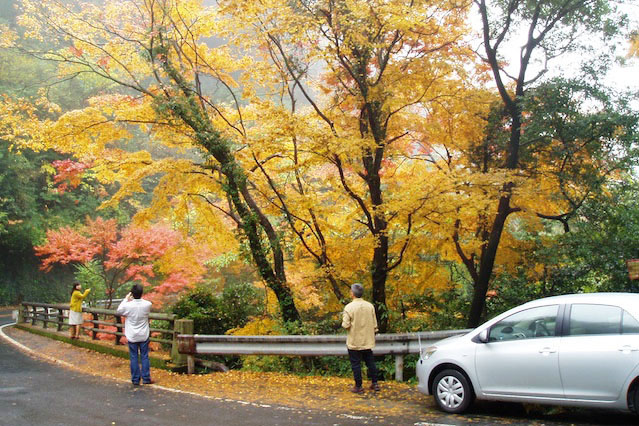 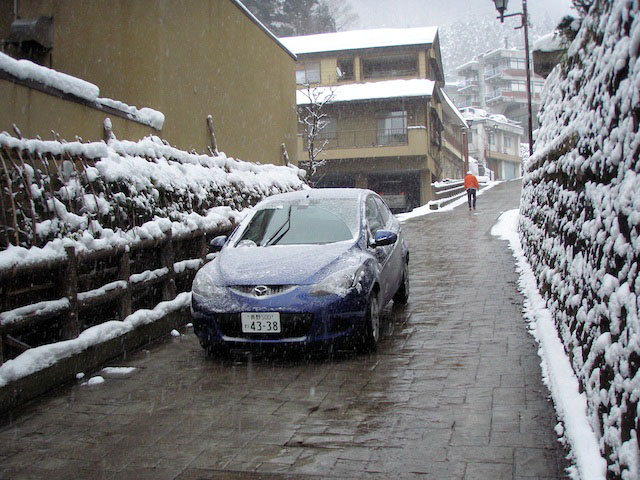 I was inspired to travel by Oku no Hosomichi ("Narrow Roads of Oku"), a narrative by the haiku poet Bashō describing his 1689 journey to northern Honshu, an area called Oku. In his time Oku was a rustic backwater, far from the twin capitals of Kyōto and Tōkyō; but it was also a region where he could feel the presence of the people of old, where memories of ancient battles and agricultural and folk traditions endured. The "Oku" in his title has been translated as “Far Towns,” “Far Province,” “Deep North,” and “Interior.” Geographically, the term can be applied to any area that is "remote" or "deep within" a region (e.g., Oku-Iya, Oku-Noto, Oku-Izumo).

In industrialized, urbanized, globalized Japan, these "backwaters" are where the modern traveler can still find the small towns and rustic and natural scenery of old Japan. We visited utamakura, or storied places, of Bashoʻs journey in summer 2005, winter 2008, fall 2009, summer 2010, and summer 2012.

The notion of driving around Japan had been planted on my 1970 family trip, when a cousin let me drive his Mazda compact one night in Hiroshima. Driving on the left side of the road was not difficult. (See On Driving in Japan.)

By the 21st century, online maps like Mapion and Google (coupled with an ability to read kanji for place names) made finding places we wanted to visit and planning routes manageable. The GPS unit in rental cars made navigating easy, especially after we learned we could input the phone numbers of our destinations to prompt the GPS to draw the route to it on its screen. Online hotel bookings in English made reservations convenient as well.

Our road trips (and one I made by sea, on the Hawaiian voyaging canoe Hōkūle'a, from Uwajima to Yokohama) were all intense, fascinating, full of memorable experiences. Among my favorite memories:

Fleeting Scenes: Road Trips in Japan is a more recent website at Wordpress.com presenting road trips from this website (Roads of Oku: Travels in Japan) and more recent trips, including sites visited by aristocrats, pilgrims, poets, and artists over the centuries. In 2004, we began to explore historic roads like the pilgrimage routes to Kumano (Kumano Kōdō, or Old Roads of Kumano); the Yamabe-no-Michi in Nara Prefecture; the roads traveled by the poet Bashō on his 1689 journey to the Deep North (northern Honshū); the two main Edo Period roads between Edo (Tōkyō) and Kyōto, the Tōkaidō and the Nakasendō. We also began to search for the famous places depicted in the woodblock prints of Utagawa Hiroshige’s nineteenth-century Collection of Prints of Famous Places in the Sixty+ Provinces.

Roads of Oku: Journeys in the Heartland

A collection of essays on Japanese culture, history and literature. Available at Amazon.com. (Far Roads Press, 2015).